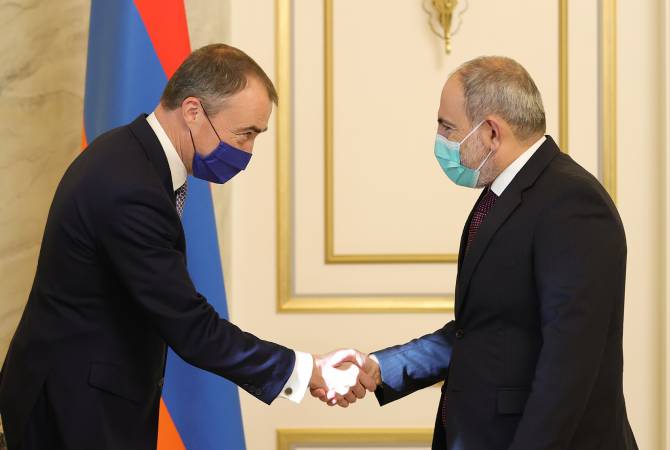 Pashinyan praised the dynamic development of the Armenia-EU dialogue, stating that Armenia attaches importance to the constant intensification of the partnership with the EU.

Toivo Klaar in turn said that the EU is committed to deepen the partnership with Armenia.

He conveyed the warm greetings of the President of the European Council Charles Michel to the Armenian PM.

The Armenian PM and the EU Special Representative exchanged views also on the agenda of the bilateral relations. The prospects of boosting the mutual partnership at different formats, including within the frames of the Eastern Partnership program were discussed.

The sides also discussed the settlement of the Nagorno Karabakh conflict and a number of issues of regional significance. They highlighted the resumption of the negotiation process within the OSCE Minsk Group Co-Chairmanship, emphasizing the importance of this format.

Toivo Klaar said the European Union is ready to support trust and dialogue-building process in the region which would contribute to ensuring peace and stability.