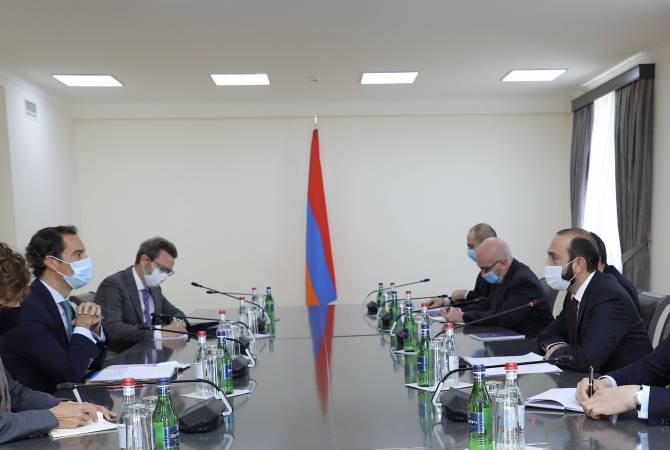 The officials praised the level of the current political dialogue between Armenia and NATO. Ararat Mirzoyan highlighted the implementation of the Individual Partnership Action Plan as an effective tool for the development of the Armenia-NATO cooperation. Mr. Píriz said that Armenia is the reliable partner of the North Atlantic alliance.

The meeting also touched upon the constant engagement of Armenian peacekeeping troops to the international peacekeeping missions. Javier Colomina Píriz thanked for Armenia’s participation to the NATO peacekeeping operations.

International and regional issues were also discussed during the meeting. The FM drew the attention of his guest to the current situation caused by the 2020 aggression launched by Azerbaijan with Turkey’s support against Artsakh. In this context Ararat Mirzoyan emphasized the necessity of the lasting and comprehensive settlement of the Nagorno Karabakh conflict under the mandate of the OSCE Minsk Group Co-Chairmanship.

The sides also highlighted the importance of keeping the principle of non use of force aimed at settling disputes.