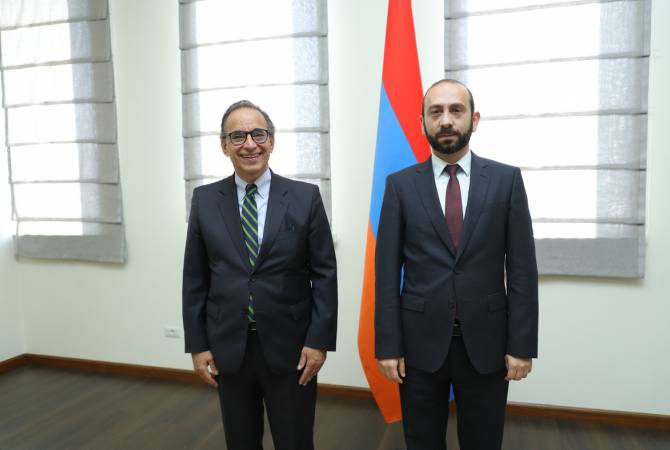 As ARMENPRESS was informed from the press service of the MFA Armenia, the Armenian FM and the Brazilian Ambassador emphasized the importance of activating political dialogue by holding consultations between the foreign ministries and organizing high level mutual visits.

Foreign Minister Mirzoyan and Brazilian Ambassador Agemar de Mendonça Sanctos praised the bridging role of the Armenian community in Brazil in the relations between the two countries.

The parties also expressed satisfaction with the effective cooperation on various international platforms. Prospects for cooperation between the Eurasian Economic Union and MERCOSUR were discussed.

During the meeting FM Mirzoyan also referred to the humanitarian situation caused by the Azerbaijani-Turkish agression, emphasizing the unconditional necessity for returning the Armenian POWs and civilian hostages.