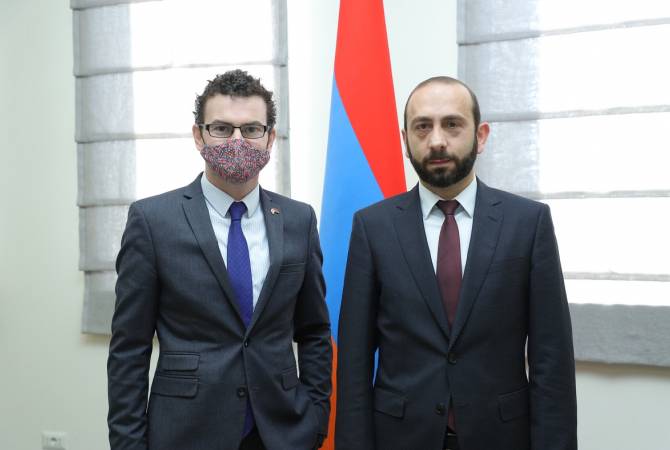 FM Mirzoyan expressed gratitude for the UK’s constant support to the democratic reforms, the strengthening of the rule of law and the fight against corruption in Armenia.

The minister and the Ambassador exchanged views on the Armenian-British bilateral agenda, highlighting trade, science, IT and tourism as prospective areas for cooperation.

They also discussed the upcoming UN Climate Change Conference (COP26) which will be held in Glasgow, UK, this year in November, as well as the participation of the Armenian side to the summit.

The Armenian FM also highlighted the necessity of an unrestricted entry for international organizations to Artsakh aimed at conducting humanitarian mission.