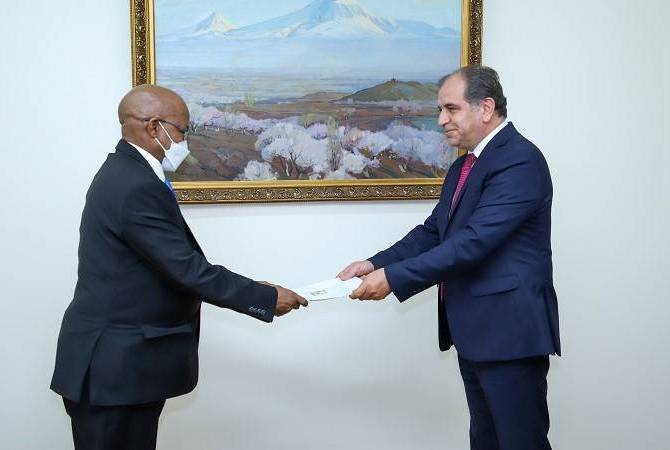 Congratulating the Ambassador on appointment, the deputy FM wished him success, expressing hope that Mr. Alie Badara Kamara will bring his contribution to the development of the relations between the two countries.

In turn the new Ambassador thanked the Armenian deputy FM for the reception and stated that he will invest all his efforts to give a new impetus to the cooperation between Armenia and Syria.

Both sides highlighted taking joint steps to boost the bilateral partnership in education, IT and other sectors.

At the meeting deputy FM Ghevondyan presented the current situation around the Nagorno Karabakh conflict to the Ambassador. In this context the necessity of fully resuming the NK peaceful settlement process within the OSCE Minsk Group Co-Chairmanship was emphasized.

13:12, 05.10.2022
2520 views Armenia’s proposals handed over to Azerbaijan in Brussels include also status, security of Artsakh – Ambassador-at-large