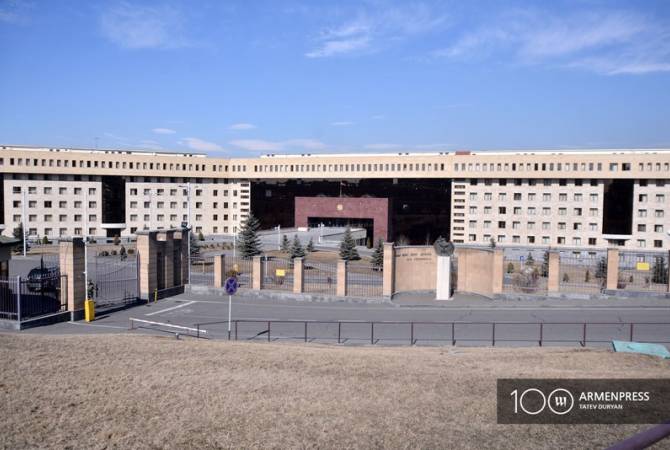 According to the Ministry of Defense, Tatoyan’s statement contains “a number of inaccuracies, as well as claims which are false.”

The Ministry of Defense said that Tatoyan’s statement on the Azeri troops having built large shelters and amassed supplies of firewood, as well as pavement of roads leading to their positions, reinforcements and active engineering works and increase of deployed troops and armaments is exaggerated. “The claims contained in the Ombudsman’s statement are obviously exaggerated because the Azerbaijani military units are not carrying out active engineering works, haven’t build large shelters or new roads, moreover their attempts to carry out such works are successfully thwarted by the Armenian military units,” the Ministry of Defense said.

Commenting on the ombudsman’s claim that the Azerbaijani military has increased the number of troops and armaments in the positions, the Ministry of Defense said that the entire movement of the Azerbaijani troops is being monitored by the Armenian military and such process hasn’t been recorded in the recent period.