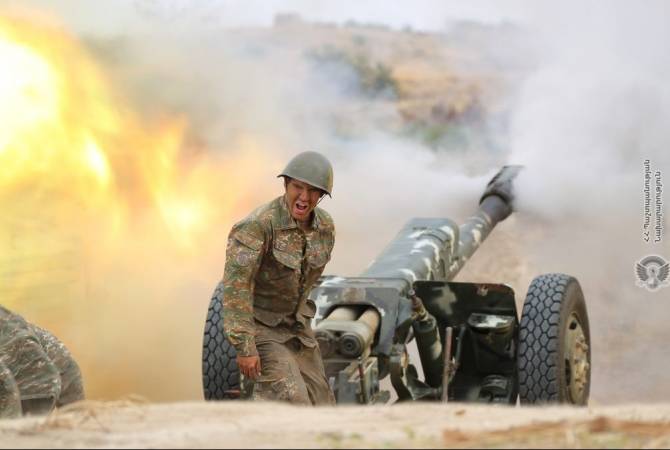 
YEREVAN, OCTOBER 19, ARMENPRESS. President of Artsakh Arayik Harutyunyan awarded the posthumous Hero of Artsakh highest state award to Junior Sergeant Albert Hovhannisyan, the 19-year-old gunner of the Defense Army who became a household name when a photo of him firing a gun-howitzer during the 2020 Nagorno Karabakh War quickly became an iconic image symbolizing the Armenian fighting spirit and morale. 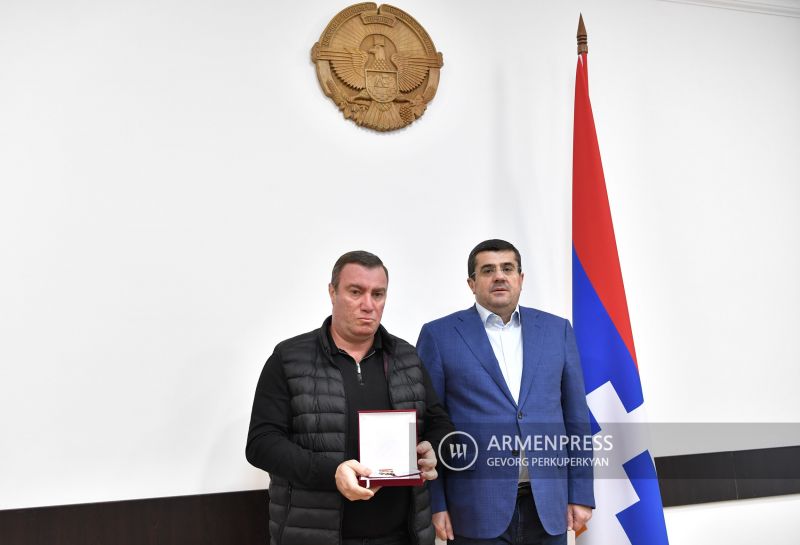 Junior Sergeant Albert Hovhannisyan’s Order of the Golden Eagle – the recipient of which is also given the Hero of Artsakh title – was awarded to his father Artak Hovhannisyan by the President.

“My Albert, my son, as your father I’ve had thousands of occasions to be proud of you,” the junior sergeant’s father said in an emotional statement. “Now you’ve been bestowed with the Hero of Artsakh highest title, and it’s Order of the Golden Eagle was given to me. I am once again thankful and proud to have been blessed to be your father, but at the same time I am punished by living deprived of your physical presence. Congratulations, my hero, my artilleryman son.”

Junior Sergeant Albert Hovhannisyan was killed in action on October 8, 2020. 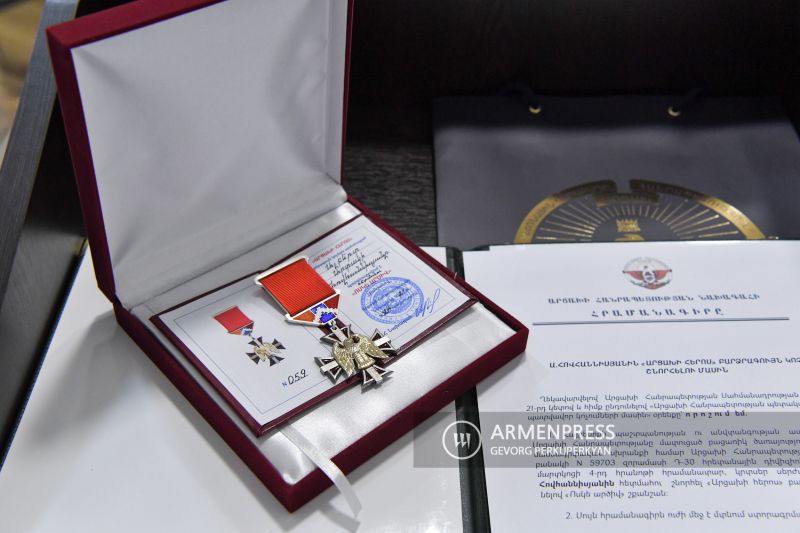