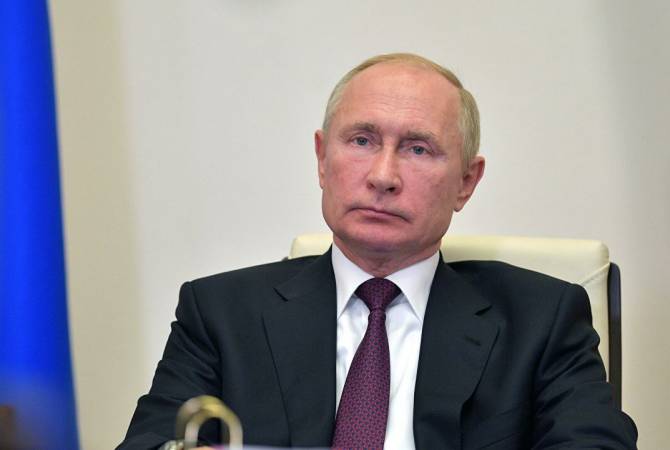 
YEREVAN, OCTOBER 15, ARMENPRESS. Russian peacekeepers stand as guarantors of the ceasefire in Nagorno Karabakh, President Vladimir Putin said on Friday at a meeting of the Council of Heads of State of the CIS (Commonwealth of Independent States), reports TASS.

“The Russian peacekeepers stand as guarantors of the established ceasefire. We are providing assistance by delivering humanitarian cargo and carrying out mine clearance, and, I want to emphasize, [we are helping] both sides. In Azerbaijan, as well as in Armenia, life support systems are being restored, medical assistance is being provided to the population, tens of thousands of refugees, over 52,000 people, have returned to their homes”, Putin noted.

The Russian president pointed out that the CIS countries sometimes face disagreements and contradictions. “And it is bad when these contradictions result in sharp conflicts between CIS member states as it, unfortunately, happened last year in Nagorno Karabakh”, he stated. Putin also expressed gratitude to his CIS colleagues for appreciating Russia’s contribution to resolving the conflict.

Commenting on the remarks of the Armenian and Azerbaijani leaders during today’s session relating to the situation in Karabakh and the work of the Russian peacekeepers, Putin stated that “this once again affirms our Russian wisdom that even a bad peace is better than a good war”.