New meeting between Armenian and Azeri FMs to be organized 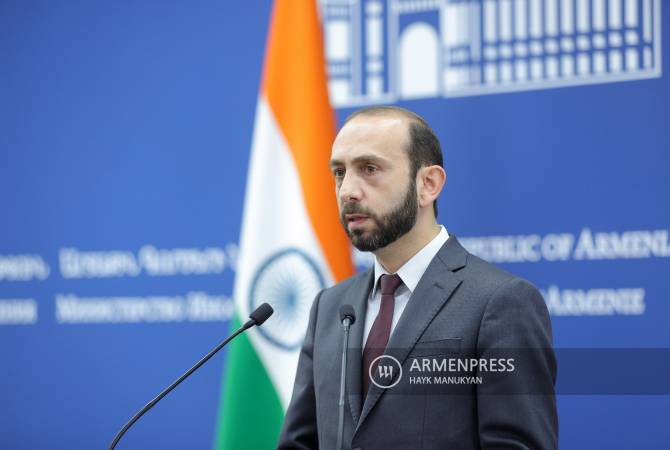 
YEREVAN, OCTOBER 13, ARMENPRESS. Armenian Foreign Minister Ararat Mirzoyan announced that there is an agreement to hold a new meeting with his Azerbaijani counterpart to continue negotiations on the Nagorno-Karabakh conflict settlement.

Speaking about the latest OSCE Minsk Group-mediated meeting with Azeri FM Jeyhun Bayramov in New York during the 76th UNGA , Mirzoyan said that during these talks an agreement was reached to solve humanitarian issues and return of the Armenian POWs.

He said that Armenia welcomes the resumption of the peace talks within the framework of the OSCE Minsk Group Co-Chairmanship, stressing that Yerevan sees the settlement of the NK conflict only in this format.

“We’ve reached concrete agreements during the meeting, first of all to discuss and try to solve humanitarian issues such as the release of Armenian prisoners of war, further determination of the fate of missing soldiers and civilians, works in this direction, accessibility of Armenian cultural monuments that have appeared under Azerbaijani control and several other issues, and then to engage in the main component of the co-chairmanship mandate – discussions over the NK status,” Mirzoyan said.

The OSCE Minsk Group Co-Chairs’ preparations of a regional visit were also discussed in New York, and clarifications over this matter will take place soon, he said.

Asked whether or not a new OSCE Minsk Group-mediated meeting with the Azeri FM is expected, Mirzoyan said they have at least reached an agreement to continue the process and organize a new meeting.