Armenia reiterates support to India over Jammu and Kashmir 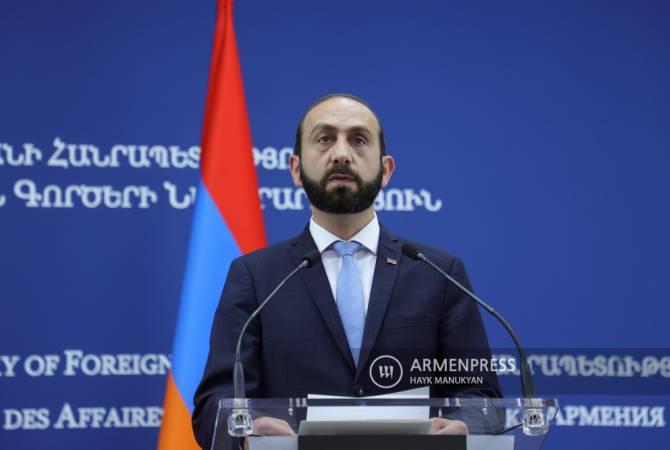 
YEREVAN, OCTOBER 13, ARMENPRESS. Armenia highly appreciates India’s principled position and continuous support for the peaceful and comprehensive resolution of the Nagorno Karabakh conflict within the framework of the OSCE Minsk Group Co-Chairmanship mandate, Minister of Foreign Affairs Ararat Mirzoyan said during a joint press conference with India’s Minister of Foreign Affairs Subrahmanyam Jaishankar after their meeting in Yerevan.

“India, as the world’s largest democracy, major and rapidly developing economy, as well as a country engaged in peace-loving policy, can have its contribution in stability, development and peace in South Caucasus,” FM Mirzoyan said.

In this context FM Mirzoyan once again reiterated Armenia’s position that the use of force cannot be the basis for conflict resolution, and that the Nagorno Karabakh conflict must receive its comprehensive resolution through peaceful negotiations within the framework of the OSCE Minsk Group Co-Chairmanship and based on the well-known principles.

FM Mirzoyan stressed that Armenia highly appreciates the Indian Foreign Ministry’s statement in May calling for the Azerbaijani military’s withdrawal from sovereign Armenian territory. In turn, Armenia reiterated its position in supporting India over the Jammu and Kashmir issue, he said.

“Our positions also coincide in the issues of fighting against terrorism, extremism and the inadmissibly and condemnation of transfer of mercenary terrorists into conflict zones,” he added.