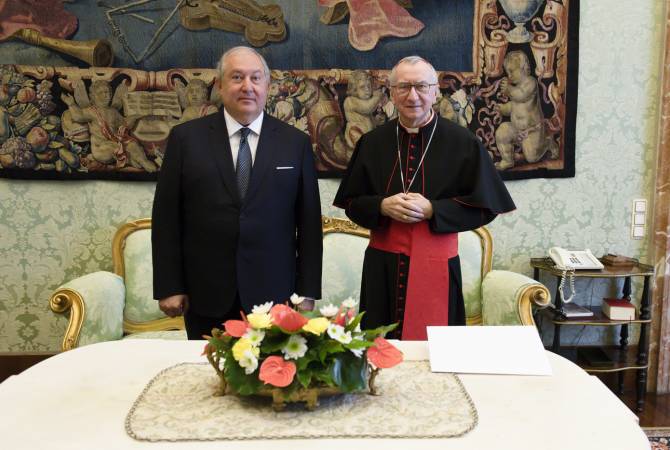 As ARMENPRESS was informed from the press service of the President’s Office, the President of the Republic once again highlighted the continuous development of the interstate relations between Armenia and the Holy See, emphasizing the significant contribution of the Secretary of State in that matter.

"We appreciate the messages delivered by His Holiness during the war that befell the Armenian people last year, and also following that, as well as the humanitarian aid to Ashotsk Hospital," President Sarkissian said.

He reaffirmed Armenia's interest and commitment to deepen interstate relations with the Holy See, noting that these relations have always been characterized by high-level political dialogue, based not only on Christian values, but also on common historical and spiritual heritage and shared approaches to the modern world challenges.

The President of Armenia welcomed the decision of His Holiness Pope Francis to establish an Apostolic Nunciature in Yerevan, which will be officially inaugurated soon and which once again demonstrates the mutual commitment to develop relatiosn and deepen cooperation between Armenia and the Holy See.