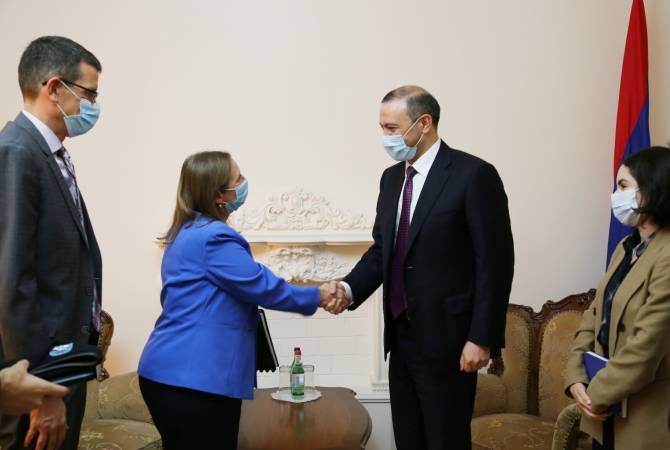 
YEREVAN, SEPTEMBER 28, ARMENPRESS. Secretary of the Security Council of Armenia Armen Grigoryan received on September 28 Ambassador of the USA to Armenia Lynne Tracy.

As ARMENPRESS was informed from the Office of the Security Council, the sides highly appreciated the efforts of the OSCE Minsk Group Co-chairs aimed at the political settlement of Nagorno Karabakh conflict.

Secretary of the Security Council Armen Grigoryan noted that the unblocking of communication channels in the region can play an important role in establishing comprehensive, lasting peace in the region. The side also referred to the situation on the Armenian-Azerbaijani border.

The parties also touched upon a number of areas of Armenian-American cooperation, reaffirming the intention to resume the bilateral strategic dialogue. In this context, Ambassador Tracy praised the efforts of the Government of Armenia in the field of judicial reform and the fight against corruption, noting the effectiveness of the ongoing cooperation between the two countries in the process of democratic reform.