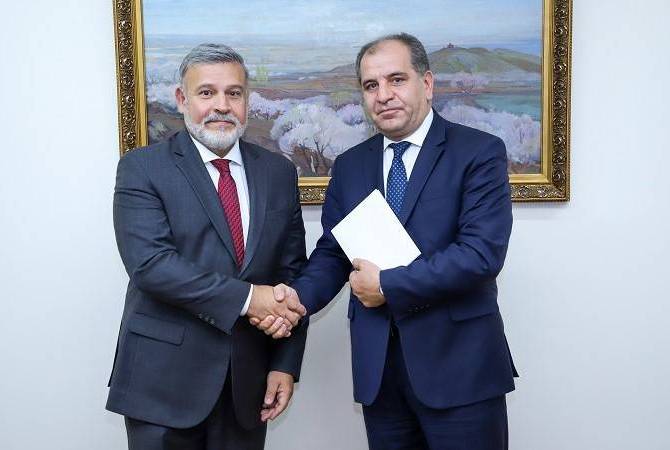 As ARMENPRESS was informed from the press service of the Foreign Ministry of Armenia, congratulating the Ambassador on the appointment, the Armenian FM noted that Armenia is interested in the development of relations with Peru.

The Ambassador of Peru noted that during his diplomatic mission he will make every effort to deepen cooperation with Armenia in various fields.

Armen Ghevondyan presented Juan Genaro Del Campo Rodriguez the situation created by the Azeri-Turkish aggression against Artsakh on September 27, 2020 and highlighted the issue of a comprehensive settlement of the Nagorno Karabakh conflict under the auspices of the OSCE Minsk Group, based on well-known principles and elements.

Issues related to the development of political dialogue, the development of the legal framework, trade-economic and multilateral cooperation were discussed at the meeting, as well as a number of regional and international issues were touched upon.