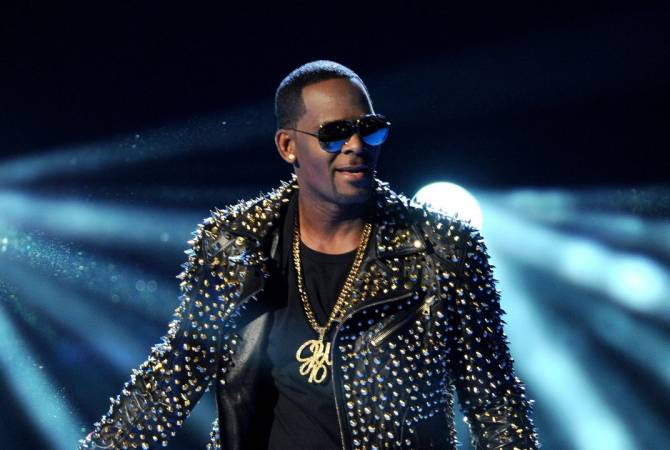 
NEW YORK, SEPTEMBER 28, ARMENPRESS. American R&B superstar R. Kelly, who has long been trailed by accusations of sexual misconduct and abuse, was found guilty in New York on Monday on all counts in a high profile sex-trafficking case, capping a trial that featured hours of graphic testimony from his accusers, NBC reports.

Kelly, who has been in custody for much of the time since he was formally charged in 2019, was convicted on one count of racketeering and eight counts of violating the Mann Act, the law that bars transporting people across state lines "for any immoral purpose."

"Today's guilty verdict forever brands R. Kelly as a predator, who used his fame and fortune to prey on the young, the vulnerable, and the voiceless for his own sexual gratification," acting U.S. Attorney Jacquelyn Kasulis said in a statement.

"To the victims in this case, your voices were heard, and justice was finally served. We hope that today's verdict brings some measure of comfort and closure to the victims," Kasulis added.

Kelly, 54, faces decades in prison when he is sentenced May 4.

Kelly "didn't say much of anything" after the verdict was announced, his attorney Deveraux Cannick told reporters. "He was shocked."

Kelly, born Robert Sylvester Kelly, best known for the 1996 hit "I Believe I Can Fly," pleaded not guilty to all charges.

The prosecutors in the trial, which centered on the allegations of six people, said Kelly was a serial sexual predator who abused young women, as well as underage girls and boys, for more than two decades.

Prosecutors further alleged that he and his entourage led a criminal enterprise that recruited and groomed victims for sex, arranging for them to travel to concerts and other events across the U.S.

In a closing argument that lasted two days, Assistant U.S. Attorney Elizabeth Geddes accused Kelly and his entourage of using tactics from "the predator playbook" to control his victims.

Kelly was accused of confining victims in hotel rooms or his recording studio, managing when they could eat and use the bathroom and forcing them to follow various "rules," including demanding that they call him "Daddy."

Deveraux Cannick argued that testimony from several accusers was false, saying in his closing argument: "Where is the fairness to Robert? Where's the integrity of the system?"

Cannick argued that a celebrity like his client would have no need for a criminal enterprise to lure people for sexual activity. He "didn't have to recruit women," Cannick told jurors.

He argued that Kelly's accusers were never forced to do anything against their will.

The jury of seven men and five women got the case Friday and deliberated for nine hours.