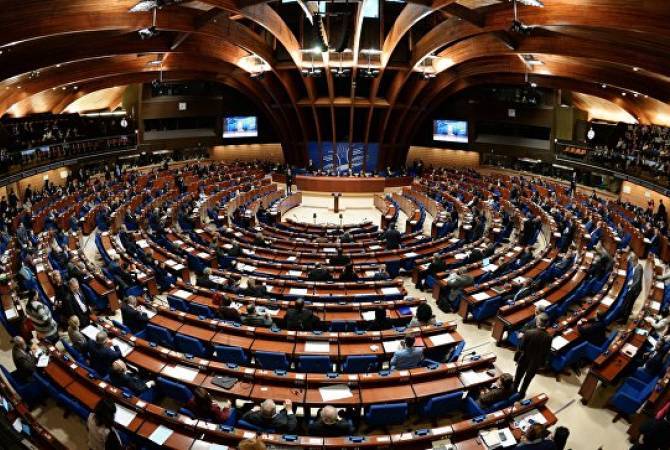 
YEREVAN, SEPTEMBER 28, ARMENPRESS. The proposal of the Human Rights Defender of Armenia Arman Tatoyan to create a demilitarized zone between Armenia and Azerbaijan is being actively circulated within the international community. The proposal has been submitted to the special rapporteur of the Parliamentary Assembly of the Council of Europe (PACE) with proving facts.

Particularly, the PACE resolution on the humanitarian consequences of the Nagorno Karabakh conflict was adopted yesterday in Strasbourg, which, among other issues, calls on Armenia and Azerbaijan to negotiate on a process of delimitation and demarcation of the border and examine the possibility of creating a demilitarized zone with the presence of a peacekeeping or military monitoring force.

The Office of the Ombudsman reports that the meetings and discussions of Arman Tatoyan of the past one year with the representatives of various international organizations were aimed at proving that the only efficient option to prevent the criminal acts of the Azerbaijani armed servicemen is to create a security (demilitarized) zone.

“The deployment of Azerbaijani troops on the roads between the Armenian communities, their flags and banners, have no legal ground, they must be removed and a security zone must be created.

Moreover, only the demarcation and delimitation with Azerbaijan without the creation of a security zone not only would not ensure the rights of the Armenian citizens and especially the border residents, but will become a reason for new violations of rights and new tension”, the statement made by the Office of the Ombudsman says.