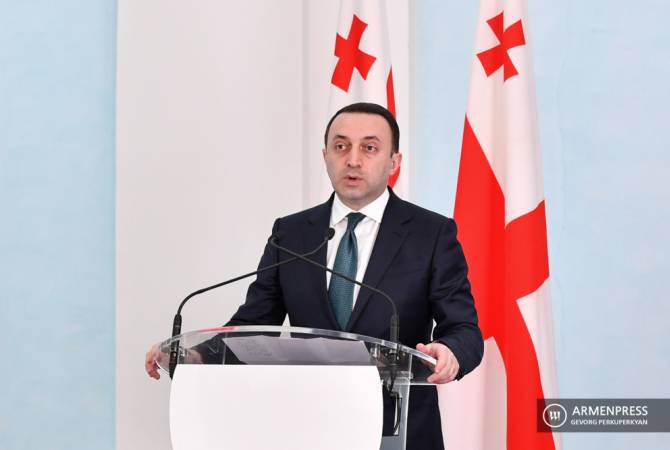 
YEREVAN, SEPTEMBER 27, ARMENPRESS. Georgian Prime Minister Irakli Garibashvili announced that he has offered Armenia and Azerbaijan what he described as the “Tbilisi platform” for negotiations.

“We are offering a platform which we plan to create in Tbilisi,” the Georgian PM said at a press briefing, according to Vzglyad newspaper.

He reminded that it was his country’s mediation which made possible the return of 15 Armenian POWs from Azerbaijan in exchange of Yerevan giving mine field maps to Baku. “This was an unprecedented case of successful mediation,” Garibashvili said.

Prime Minister Garibashvili said Georgia plans to continue efforts in this direction, so that such initiatives get “permanent nature and form.”