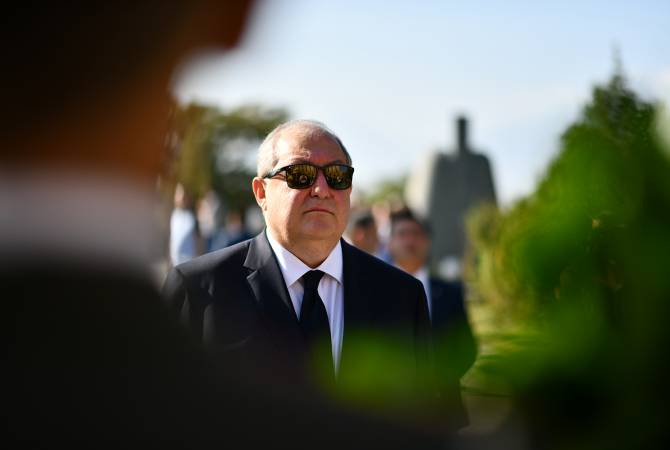 
YEREVAN, SEPTEMBER 27, ARMENPRESS. President of Armenia Armen Sarkissian addressed a message today, on September 27, on the anniversary of the 44-Day Artsakh War, his Office said.

“A year ago, on this day, the most brutal war in our modern history – the second Artsakh War, started. A war that claimed young lives and fates.

I bow before the memory of all victims, before their families and relatives…

A year after the war, in addition to the thousands of the victims and wounded, we still have sons in captivity and missing in action.

Today more than ever we must invest our efforts for the return of the captives, the recovery of the injured and for the discovery of the missing.

For the sake of strong Armenia and Artsakh…

We must be able to get out of this situation with our heads held high, albeit slowly, but move forward…”

September 27 marks the 1st anniversary of the 44-Day War unleashed by Azerbaijan against Artsakh. Despite the statement on the ceasefire signed on November 9, Azerbaijan still refuses to return all Armenian captives.