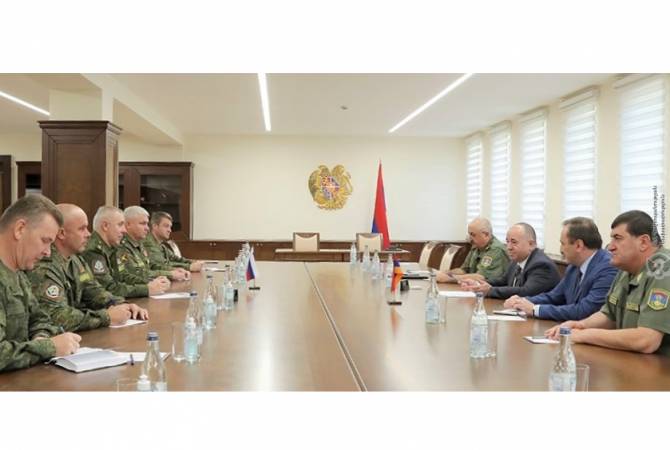 The Armenian Minister of Defense congratulated the new commander and wished success.

Karapetyan thanked Major-General Kosobokov for his service and wished success in future activities.

The sides praised the Russian government’s efforts aimed at stabilizing the military-political situation in the region and were pleased to note the effectiveness of the Russian peacekeeping mission in Artsakh.