Pashinyan announces about readiness for constructive dialogue with regional countries 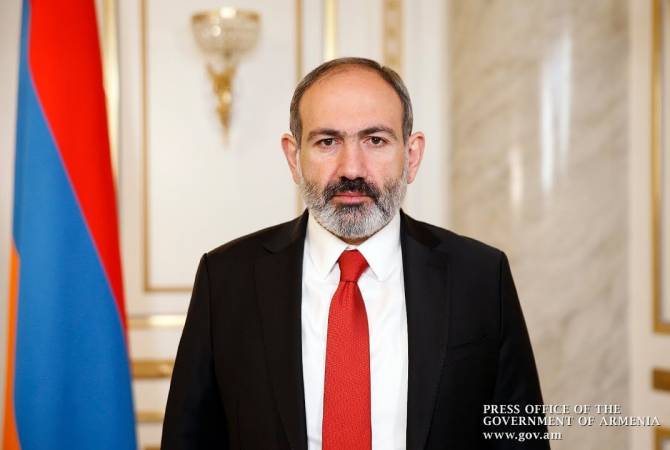 
YEREVAN, SEPTEMBER 24, ARMENPRESS. Armenia is ready for a constructive dialogue, which should lead to the establishment of sustainable and lasting peace in the region, ARMENORESS reports Prime Minister of Armenia Nikol Pashinyan announced in his speech at the 76th session of the UN General Assembly.

‘’In this regard, we propose to complete the process of return of prisoners of war, hostages and other captives without delay. It is also necessary to resume the peace process for the settlement of the Nagorno-Karabakh conflict under the auspices of the OSCE Minsk Group Co-Chairs’’, the PM said.

According to the Prime Minister, there is no doubt that the situation created through the use of force cannot gain legitimacy from the point of view of international law.

‘’The right of the people of Artsakh to self-determination cannot be suspended through the use of force; the conflict cannot be considered resolved through the use of force. The Nagorno-Karabakh conflict is awaiting its just settlement. This is evidenced by the statements of the Co-Chair countries, which emphasize the need to resume the negotiation process based on the well-known principles.

We believe that the contacts mediated by the Co-Chairs will enable the parties to find common ground, and to open avenues for addressing many difficult issues’’, Pashinyan emphasized.

According to Pashinyan, the next issue is the delimitation and demarcation of the Armenian-Azerbaijani border.

‘’I must state with regret that it is difficult to imagine a border delimitation process on the backdrop of almost daily shootings and various provocations on the Armenian-Azerbaijani border, on the backdrop of units of the armed forces of Azerbaijan having infiltrated the sovereign territory of the Republic of Armenia on May 12, 2021 in the Sotk-Khoznavar section. To overcome this situation, we have suggested the following actions: In the above mentioned section, the armed forces of both Armenia and Azerbaijan should withdraw simultaneously to the Soviet times border, international observers would be deployed along that border and under international auspices we would start delimitation and demarcation. We are ready to implement this proposal at any time’’, Pashinyan concluded.