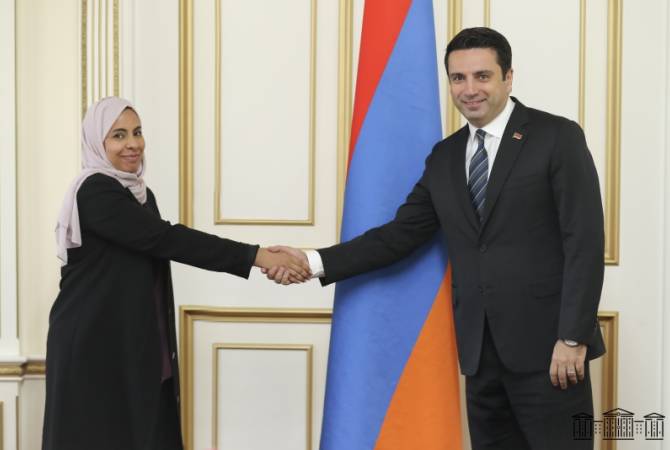 In his remarks the Speaker said that Armenia pays great importance to the development of the relations with the Arab Gulf states. He highly assessed the UAE balanced foreign policy at the regional and international levels.

Touching upon the necessity of the cooperation development in the frameworks of the parliamentary diplomacy, Simonyan stressed that the National Assembly would continue to make efforts for the activation of bilateral relations.

Alen Simonyan has informed that in the near future the Inter-Parliamentary Friendship Group with the UAE would be formed, adding that formation of similar Group is expected by the UAE.

The UAE Chargé d'Affairs affirmed the importance of cooperation with Armenia in different formats. Considering the partnership of the parliaments as a landmark, she underscored the significance of implementing joint projects.

At the end of the meeting ideas were exchanged on the participation of Armenia at Dubai EXPO-2020 World Exhibition.