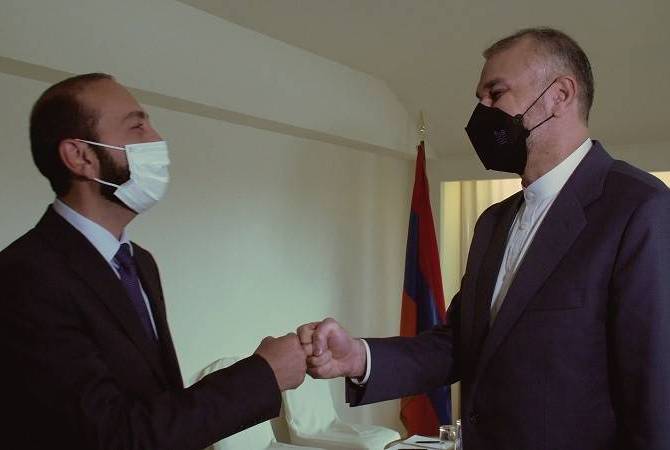 The two ministers discussed the Armenian-Iranian centuries-old relations, praising their high-level and the frequency of contacts.

The officials discussed the current transit transportation challenges from Iran to Armenia and the ways to solve the issue. Minister Mirzoyan informed about the situation on the Goris-Kapan highway, the process of the construction of an alternative route and the works on North-South highway.

The ministers discussed in detail the opportunities of further deepening the Armenian-Iranian cooperation in energy sector.

Issues relating to regional peace and stability were also discussed. The Armenian FM stated that Azerbaijan’s provocative actions against Armenia’s sovereign territory distort the efforts aimed at the stable security and development in the region, adding that he highly appreciates Iran’s position over Armenia’s territorial integrity.