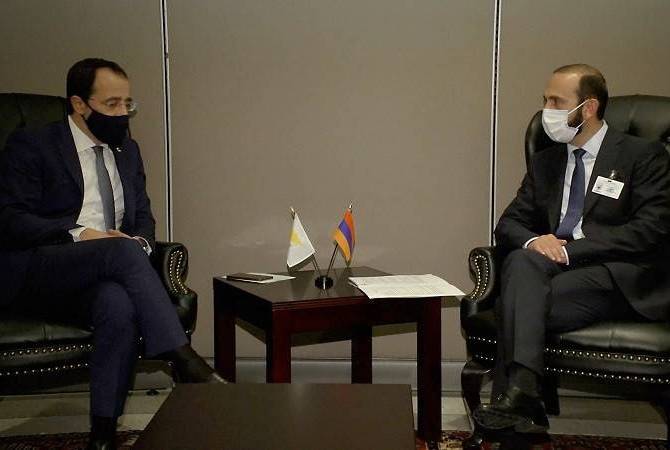 “The ministers addressed several items of the Armenian-Cypriot agenda, praising the high level of political dialogue and expressed readiness to further enhance partnership. In this context, trade-economic, defense, education and tourism sectors were pointed out as areas of mutual interest,” the foreign ministry said in a news release.

The prospects of further deepening the cooperation in bilateral, trilateral and multilateral formats were discussed.

FM Mirzoyan thanked the Government of Cyprus for the support and solidarity during a period of challenges for Armenia and the Armenian people.

FM Mirzoyan and FM Christodoulides then exchanged views on regional security and stability issues. FM Mirzoyan briefed his Cypriot counterpart on the situation that is created as a result of the Azerbaijani-Turkish aggression against Artsakh. In this regard the Armenian FM highly appreciated the brotherly Cyprus’ principled stance.