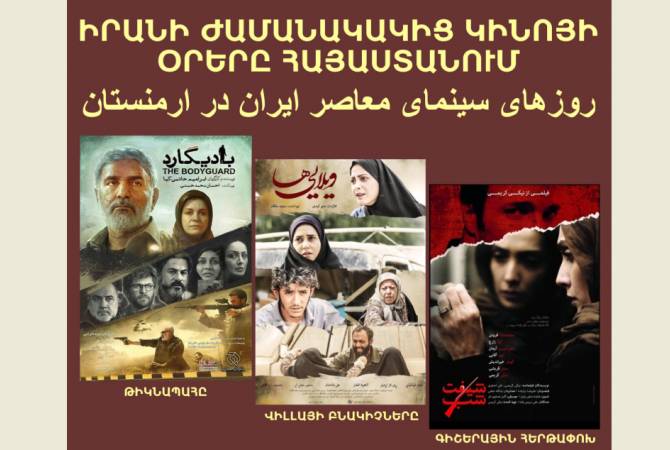 
YEREVAN, SEPTEMBER 23, ARMENPRESS. The Iranian Embassy in Armenia and the National Cinema Center of Armenia are organizing the Contemporary Iranian Cinema Days in Armenia program.

Bodyguard (2015), directed by Ebrahim Hatamikia; Villa Dwellers (2016), directed by Monir Qeydi; and Night Shift (2014), directed by Niki Karimi are the three Iranian films to be screened in Cinema Moscow in Yerevan from September 23 to 25.

The film screenings are dedicated to the 30th anniversary of establishing diplomatic ties between Armenia and Iran.