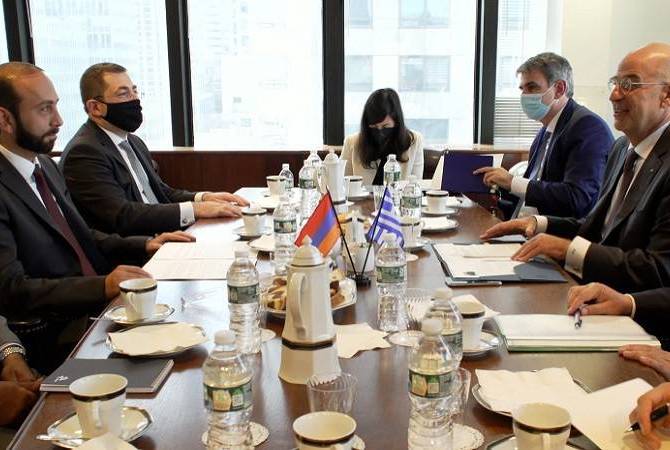 The officials discussed the issues on the Armenian-Greek rich bilateral agenda, emphasizing the need to make efforts aimed at further strengthening the mutually beneficial cooperation.

During the meeting the sides commended the mutual support within the framework of international organizations.

The Ministers of Foreign Affairs of Armenia and Greece exchanged views regarding a number of urgent issues of the regional and international agenda. Minister Mirzoyan briefed his Greek counterpart on the situation resulting from Azerbaijani-Turkish aggression against Artsakh, underlining the immediate need for repatriation of Armenian prisoners of war and captured civilians.

Minister Mirzoyan stressed the importance of resuming the peace process of the Nagorno Karabakh conflict under the auspices of the OSCE Minsk Group Co-Chairmanship.

13:12, 05.10.2022
2489 views Armenia’s proposals handed over to Azerbaijan in Brussels include also status, security of Artsakh – Ambassador-at-large