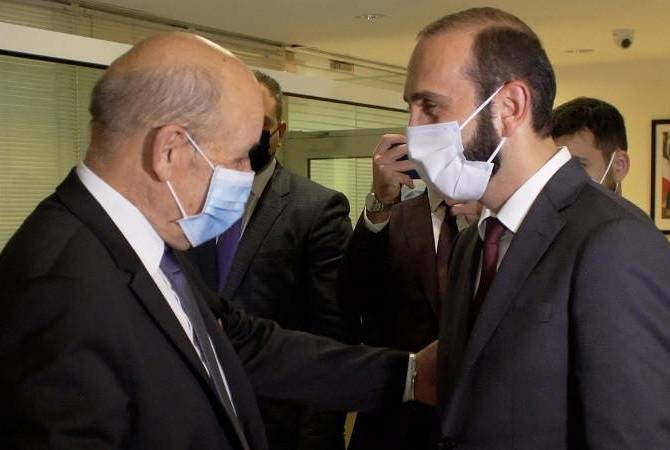 The sides discussed issues on the Armenian-French privileged relations, as well as further expansion and deepening of mutually beneficial cooperation in a number of spheres.

The sides have also touched upon the humanitarian issues resulting from the 44-day war and the prospects of the peace process of the Nagorno Karabakh conflict. Minister Ararat Mirzoyan specifically emphasized the speedy repatriation of Armenian prisoners of war and captured civilians held in Azerbaijan.

Both sides agreed on the need to resume the peace process of the Nagorno-Karabakh conflict within the framework of the OSCE Minsk Group Co-Chairmanship.