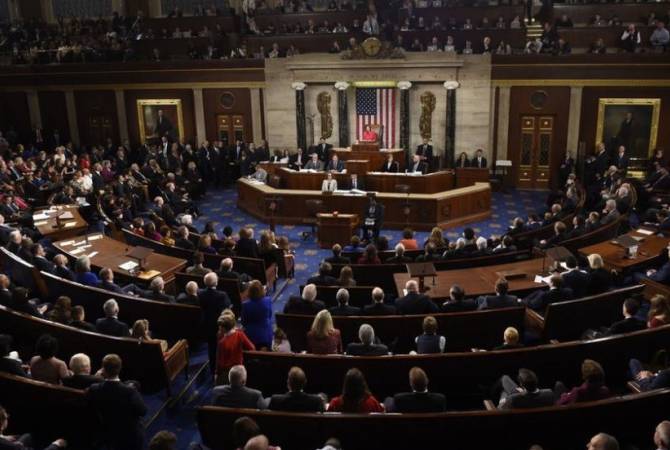 
YEREVAN, SEPTEMBER 23, ARMENPRESS. The U.S. House passed the Cardenas-Schiff-Sherman Amendment, demanding Azerbaijan's immediate release of Armenian POWs, and calling for a report on Azerbaijani war crimes, including the use of illegal munitions and white phosphorus against Armenian civilians. The amendment also requests an investigation into the use of U.S. technology in Turkish drones used to target Armenian civilians during the 2020 Artsakh war, ANCA reports.

The document says in particular that “on September 27, 2020, Azerbaijan, with support from Turkey and foreign militia groups, launched a military assault on Nagorno-Karabakh, also known as Artsakh, resulting in the deaths of thousands and displacing tens of thousands of ethnic Armenian residents”. It states that “the Third Geneva Convention, of which Azerbaijan is a signatory, and customary international law require the release of prisoners of war and captured civilians upon the cessation of hostilities and require that all detainees be treated humanely”.

“Despite Azerbaijan’s obligations under the Geneva Conventions and their commitments in signing the November 9 statement, long after the end of the conflict, the Government of Azerbaijan continues to detain an estimated 200 Armenian prisoners of war, hostages, and detained persons, misrepresenting their status in an attempt to justify their continued captivity”, the document says.

The Cardenas-Schiff-Sherman amendment states it is the sense of Congress that “Azerbaijan must immediately and unconditionally return all Armenian prisoners of war and captured civilians. The Biden Administration should engage at all levels with Azerbaijani authorities, including through the Organization for Security and Co-operation in Europe Minsk Group process, to make clear the importance of adhering to their obligations, under the November 9 statement and international law, to immediately release all prisoners of war and captured civilians”.

It goes on to demand a report from the Secretary of Defense on the use of U.S. technology in Turkish drones used by Azerbaijan to attack Armenia and Artsakh during the 2020 war.