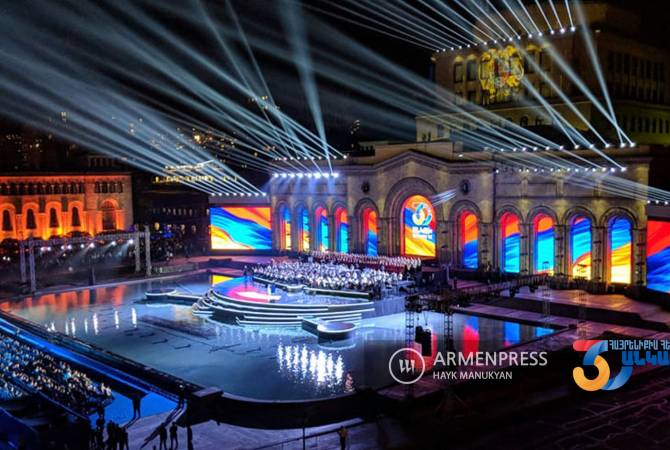 
YEREVAN, SEPTEMBER 21, ARMENPRESS. The main event dedicated to the Independence Day kicked off in the Republic Square of Yerevan. ARMENPRESS reports the event is attended by Prime Minister of Armenia Nikol Pashinyan, Ministers, MPs, foreign diplomats accredited in Armenia and other high-ranking officials.  The state anthem of the Republic of Armenia was performed at the beginning of the event. Prime Minister Nikol Pashinyan is expected to deliver a congratulatory address on the occasion of the 30th anniversary of Independence.

Earlier today, high-ranking officials led by Prime Minister Nikol Pashinyan visited "Yerablur" military pantheon, paid tribute to the memory of the heroes of the 44-day, four-day Artsakh wars. Later, awarding ceremony of representatives of defense, security, culture, education and other spheres took place at the Presidential Palace. During this period, the units of law enforcement agencies marched in different streets of the capital.

19:30, 01.14.2022
Viewed 1593 times Russian MFA issues statement on the results of the meeting between the special representatives of Armenia, Turkey