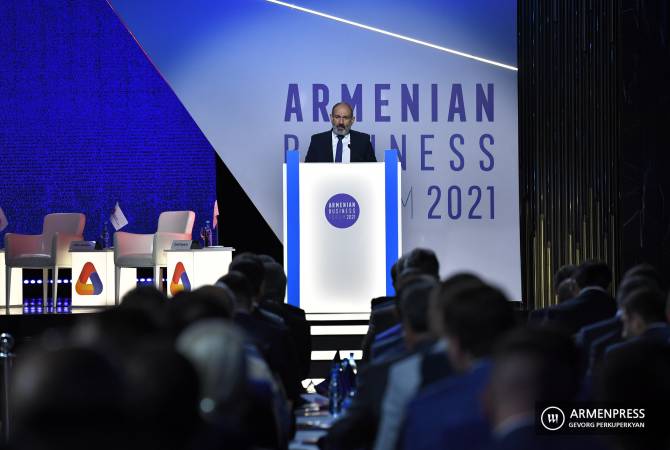 ‘’Today, this message is very important in the historical landmark we are in. Indeed, we have gone through a very severe ordeal. After the 44-day war in 2020, it was very important to find answers to some important questions. And it was for finding the answer to those questions that early parliamentary elections took place in the Republic of Armenia. Those elections were supposed to show or become the causal link between different events in the 30-year history of the Third Republic and, in the end, they had to answer another very important question: how to continue life and which direction to move?

To the question if it is possible to put this theoretical thesis into practice, Pashinyan said that all skeptics should be understood, because every day incidents take place based on which it can be concluded that, apparently, there are forces that want to show that an era of peaceful development in our region is not possible.

He presented the tools through which, in his opinion, the era of peaceful development should be established.

‘’I consider the opening of regional communications extremely important, according to the trilateral declaration of November 9, 2020 and the trilateral statement January 11, 2021. I think that the solution to this problem is very important in the context of our discussion, because the opening of regional communications should finally allow Armenia to overcome the 30-year blockade, which means a significant change in the investment climate in Armenia, and transformation in Armenia's economic structure, so that the country and the state becomes more resilient and competitive’’, Pashinyan concluded.