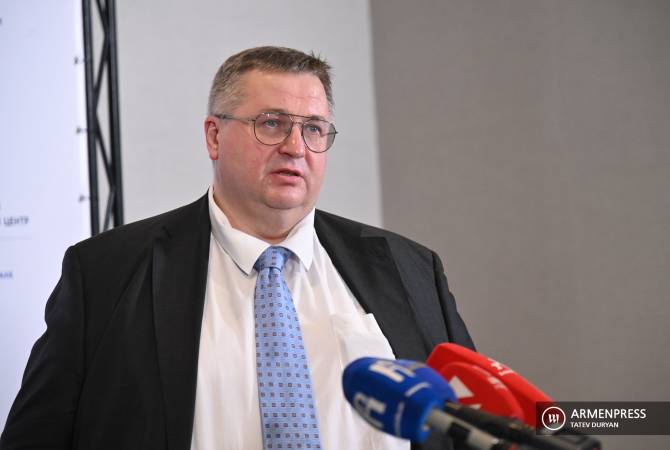 
YEREVAN, SEPTEMBER 20, ARMENPRESS. Russian Deputy Prime Minister Alexey Overchuk expressed confidence that the unblocking of all economic and transport communications in the region will give an opportunity to increase the trade turnover between Armenia and Russia, ARMENPRESS reports, Overchuk expressed said in a conversation with journalists within the framework of Armenia Business Forum being held in Yerevan.

He first mentioned that the working group co-chaired by the Deputy Prime Ministers of Armenia, Russia and Azerbaijan holds meetings and works, the last meeting took place in mid-August.

Deputy Prime Minister of Armenia Mher Grigoryan, when asked how the unblocking will affect the volumes of trade turnover with Russia in the region, said that it is difficult to predict the exact growth of volumes at this moment.