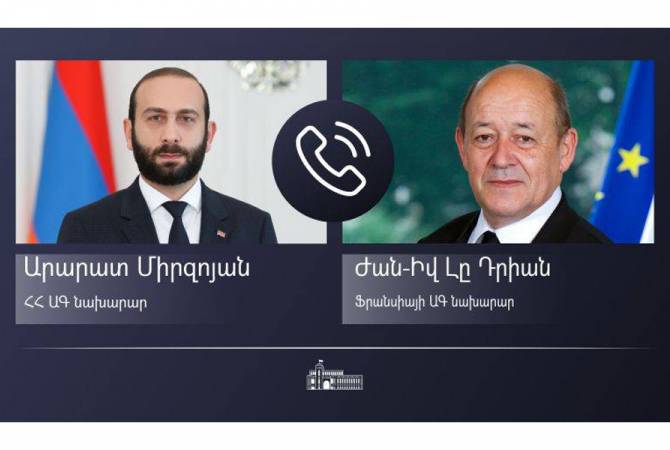 The two ministers praised the constant development of the Armenian-French unique relations and reaffirmed their interest to expand the multi-sectoral cooperation. They agreed to discuss in the future the prospects of boosting the economic partnership, including through the implementation of new development programs in Armenia.

The Armenian and French FMs discussed the Nagorno Karabakh conflict, highlighting the necessity of resuming the peaceful settlement process within the OSCE Minsk Group Co-Chairmanship. Ararat Mirzoyan said Armenia and its people highly value the position and steps of the French government and parliament during and after the 2020 aggression launched by Azerbaijan against Artsakh.

The officials exchanged views also on the post-war humanitarian situation and highlighted the quick repatriation of Armenian prisoners of war and civilian captives from Azerbaijan.

They also discussed the current situation caused by the recent illegal incursion of the Azerbaijani armed forces into Armenia’s sovereign territory. The ministers stressed the need for de-escalation of the situation and efforts for stability.

The Armenian FM also thanked the French side for the constant support in fighting COVID-19.