Russia informs Baku about its position on Azerbaijani-Turkish military exercises 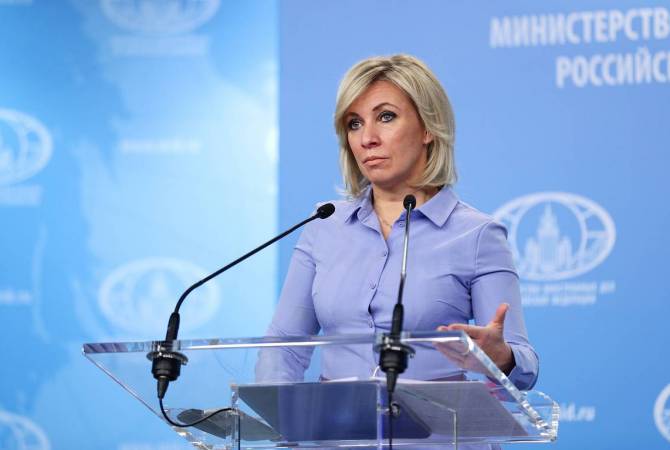 
YEREVAN, SEPTEMBER 16, ARMENPRESS. Russia has informed Baku about its position on the joint Azerbaijani-Turkish military exercises in Lachin that started on September 6,  ARMENPRESS reports official representative of the Russian MFA Maria Zakharova said during a weekly briefing, answering the question of the reporter of the Public TV of Armenia on the position of official Moscow on the provocative exercises of Azerbaijan and Turkey.

“This action doesn’t correspond to the spirit of the 2020 November 9 trilateral statement and is disrupting the efforts for establishing lasting peace, security and stability in the region,” Armenian foreign ministry spokesperson Vahan Hunanyan had said, commenting on the Turkish-Azeri drills.