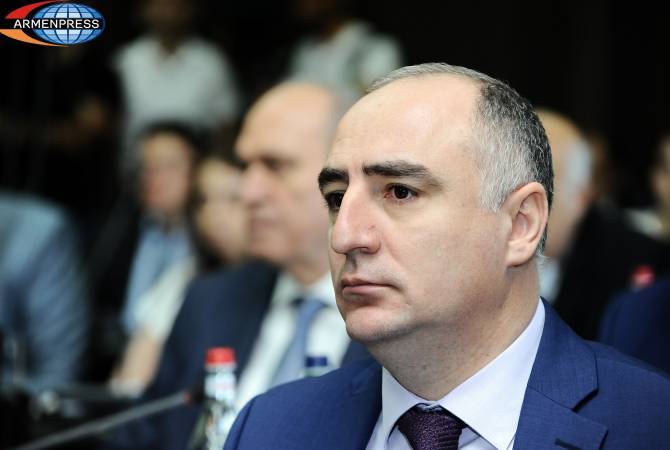 
YEREVAN, SEPTEMBER 16, ARMENPRESS. The government today approved decisions according to which Chairman of the Special Investigation Service Sasun Khachatryan was relieved from the position and appointed Chair of the Anti-Corruption Committee for a 6-year term.

During today’s Cabinet meeting chief of staff at the Prime Minister’s Office Arayik Harutyunyan said this is an important step on the government’s anti-corruption policy path. He also presented the procedure of the election to the Cabinet members. Harutyunyan informed that the competition for the election of the Chairman of the Anti-Corruption Committee was held on September 10, and Sasun Khachatryan received most of the scores as a result.

“The creation of a united anti-corruption body is one of the government’s priorities. Given that different agencies have dealt with corruption disclosure works, we are now creating a united body, and I am sure that it will make the ongoing works more effective”, Deputy Prime Minister Suren Papikyan said.