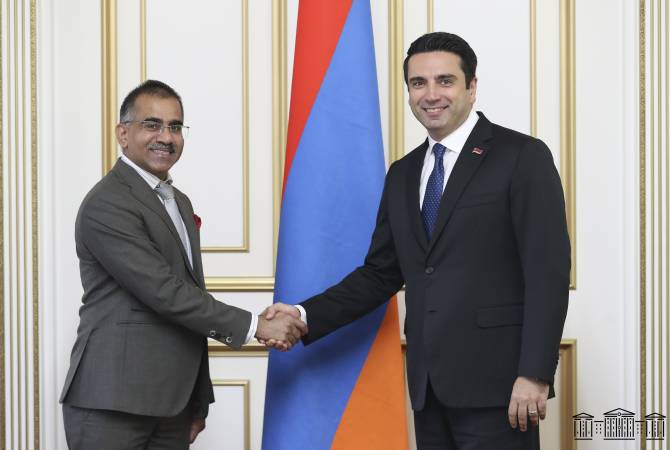 During the meeting Alen Simonyan said Armenia highly appreciates the deepening and development of friendly relations with India.

Commenting on the deepening of the cooperation between the two countries, the Speaker of Parliament informed that the Armenian-Indian friendship group will soon be restructured, which will play a significant role in the expansion of the inter-parliamentary cooperation.

The Speaker hoped that the formation of the Indian-Armenian friendship group in the Parliament of India will enable to further deepen the ties with joint efforts.

The officials discussed regional security-related issues. In this context the Armenian side appreciated the stance of the Indian side that the Karabakh conflict must be solved peacefully within the frames of the OSCE Minsk Group Co-Chairmanship.