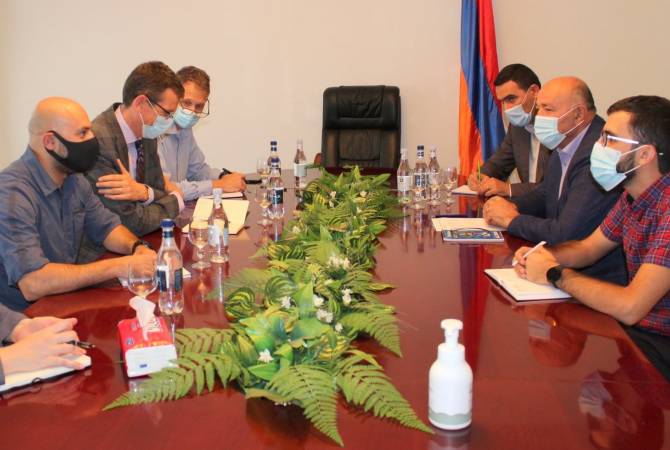 
YEREVAN, SEPTEMBER 14, ARMENPRESS. The Governor of Syunik Melikset Poghosyan received the newly appointed US Deputy Ambassador to Armenia Chip Laitinen, ARMENPRESS was informed from the Governorate of Syunik.

The US Deputy Ambassador was accompanied by the military attaché of the embassy, the head of the political and economic office, who are also newly appointed.

According to Deputy Ambassador Laitinen, US Ambassador Extraordinary and Plenipotentiary to Armenia Lynne Tracy wished them to start their first visit to Armenia from Syunik, emphasizing that the region is a priority in terms of the activities of the embassy.

The US Deputy Ambassador expressed the desire to get acquainted with the situation on the ground and understand how they can continue to support democratic and economic development, as well as learn about security issues.

The Governor of Syunik Melikset Poghosyan presented the situation in the region in the post-war period, the concerns of the leadership and the population of the region, the problems related to the new border situation.

During the meeting the parties discussed issues related to security, roads and traffic, economic and other issues.

The Governor expressed readiness for further active cooperation, and referring to the programs implemented by the USAID in the region, he expressed hope that they will be continuous.