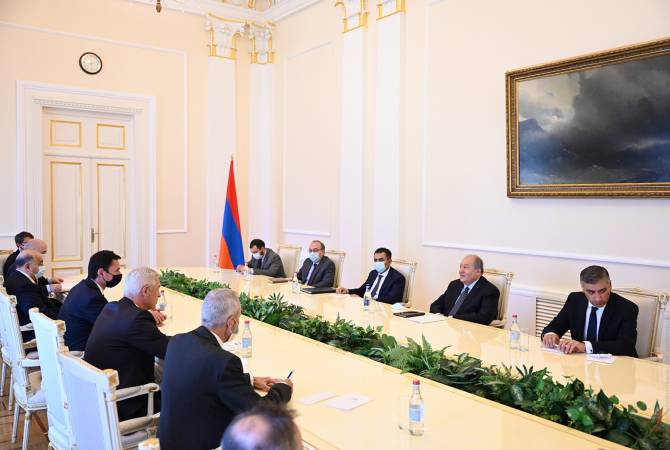 
YEREVAN, SEPTEMBER 14, ARMENPRESS. President of Armenia Armen Sarkissian received today Minister of Foreign Affairs of Slovakia Ivan Korčok, who is in Armenia on an official visit, and the delegation led by him.

As ARMENPRESS was informed from the press service of the President’s Office, Armen Sarkissian greeted the high-ranking guest and said that the two countries, as well as Armenia and the EU have a brilliant history of relations, but it’s necessary to talk about the future and the plans for the future.

The Foreign Minister of Slovakia noted that they want to work in the direction of developing bilateral relations.

‘’ Slovakia has friendly attitude towards Armenia, the two countries have a high-level political dialogue, which is a good basis for developing mutually beneficial cooperation in various fields’’, the Minister said.

Ivan Korčok stressed the great potential in the sphere of economy, including business relations, trade and economic relations, cooperation in various fields, and the need for its effective realization. He also highlighted the expansion of cultural partnership to bring the two peoples closer.

The sides also touched upon the deepening and development prospects of Armenia-EU cooperation in different directions.