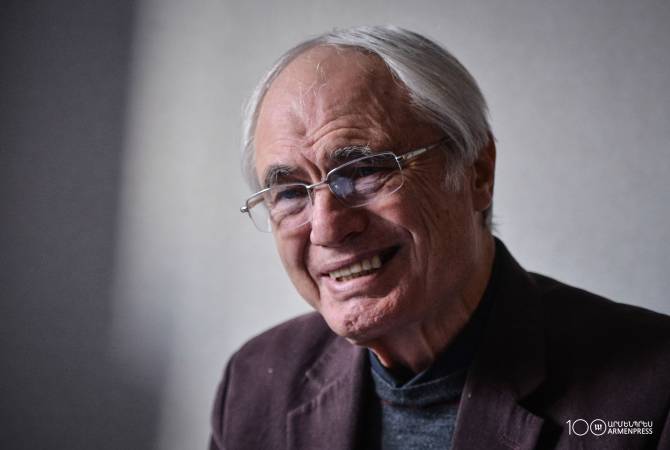 
YEREVAN, SEPTEMBER 13, ARMENPRESS. Armenian composer Tigran Mansurian’s Purgatorio – based on the eponymous second part of Dante’s Divine Comedy was played at the Ravenna Festival in Italy on the occasion of the 700th anniversary of the Italian poet’s death.

The concert was conducted by Riccardo Muti.

Speaking to ARMENPRESS, Mansurian praised the excellent performance. “What Riccardo Muti did with the orchestra, the choir, baritone Gurgen Baveyan and cellist Giovanni Sollima was dimply wonderful. I’ve rarely heard such good performance. There’ve been good performances, but very few like this. I am very happy. The audience was also happy and accepted Purgatorio very well. I think one of my best works was born on the 700th anniversary of death of Dante,” Mansurian said.

Venice’s Center of Armenian Culture Studies and Documentation Director Minas Luryan said that Muti wanted to cooperate with Mansurian and Sollima very much for the event. Sollima also wrote the music for Divine Comedy’s Hell, while the music for Heaven was written by Valentin Silvestrov.

“Muti decided that he’d conduct only Mansurian’s work, while the other works would be conducted by younger conductors,” Luryan said, adding that more concerts are planned in Italy soon.

A concert is due September 14 in the opera theater of Florence, and at the Philharmonic hall of Verona on September 15.