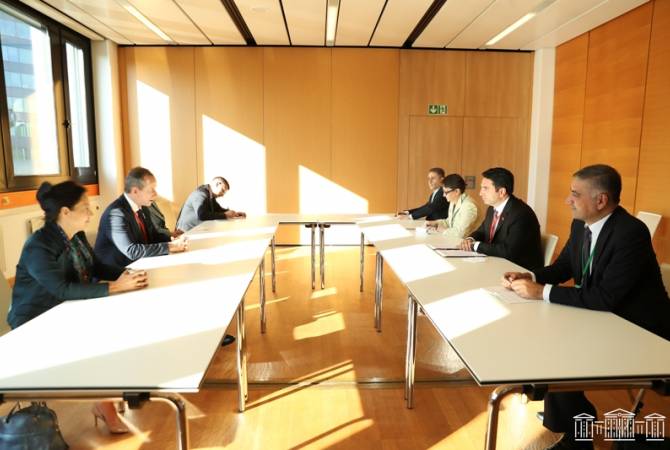 
YEREVAN, SEPTEMBER 8, ARMENPRESS. President of the National Assembly of Armenia Alen Simonyan met with Marshal of the Senate of Poland Tomasz Grodzki in Vienna.

As ARMENPRESS was informed from the National Assembly, during the conversation it was recorded that the close cooperation in the parliamentary format plays an important role in enriching the agenda of the Armenian-Polish interstate relations and deepening the existing friendly ties.

Alen Simonyan informed his Polish counterpart that Armenia expects assistance from its partners in the peaceful and lasting settlement of the Nagorno Karabakh conflict in the format of the OSCE Minsk Group Co-chairs, as well as political pressure on Azerbaijan to release prisoners of war and civilians immediately.

In response, Marshal of the Senate of Poland Tomasz Grodzki said that Poland's position from the beginning was that all conflicts should be resolved peacefully without casualties. He stressed that the situation should be resolved as soon as possible and all those detained by Azerbaijan should be released immediately.

The President of the National Assembly of Armenia invited his counterpart to pay an official visit to Armenia, during which the formats of further cooperation will be outlined.