Russia realized it was deceived by cooperating with Turkey and Azerbaijan, says political analyst 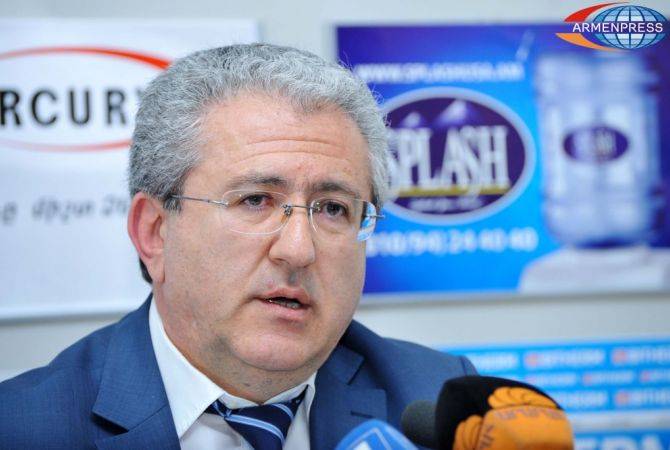 
YEREVAN, SEPTEMBER 7, ARMENPRESS. A senior analyst says that Russia is lately gradually changing its emphases over the Artsakh issue towards a more pro-Armenian position after realizing that it has been deceived by Turkey and Azerbaijan by cooperating with them.

Doctor of political science, Professor Garik Keryan at the Yerevan State University told ARMENPRESS in an interview that this is happening despite the fact that Moscow has serious disagreements with its Western colleagues of the OSCE Minsk Group – France and the United States, including over the status of Artsakh.

“Russia launched its drift towards a pro-Armenian position. That is, Russia is also saying ‘you know the issue isn’t solved, we still have to determine the status’ and so on. A question arises here, why did Russia start to drift to a more pro-Armenian side, and in this regard some consensus was created between Russia, France and the United States over revitalizing the OSCE Minsk Group process. There is an answer to this question too. The Russians had made a very gross and primitive mistake by cooperating with Turkey and Azerbaijan over the Artsakh issue,”

Keryan, the head of the Chair of Political Institutes and Processes at the YSU says that as a historian and political scientist he is unable to understand how Turkey is succeeding in finding formats of cooperation with Moscow when for 300 years it has continuously deceived Russians, acted against Russian interests and backstabbed Russia every time. According to Keryan, Moscow realized this only after Ankara – without taking into account what it had received from Russia – namely the nuclear power station, the South Stream pipeline, the S-400 missile systems, as well as concessions in Syria – sent foreign minister Cavusoglu to Kiev to take part in the Crimean Platform, where the Turkish FM claimed “Crimea is an integral part of Ukraine”.

“The Crimean issue is very painful for Russians, like the Artsakh issue is for us. Crimea is sacred for them. And after so many years, when Russia finally succeeded in returning Crimea, some Cavusoglu reserves the right to announce that ‘Crimea doesn’t belong to Russia and Turkey will do everything for Crimea to return to Ukraine’. This is where Russia’s counterinfluence began, and the Russians realized that they have made a mistake when first of all they allowed the war to end with such results, and second of all allowed the infiltration of Turkish influence into South Caucasus. And they’ve been deceived in the matter of Azerbaijan also. Moscow’s main goal was to pull Azerbaijan towards the Eurasian integration zone. And every time Aliyev was bargaining by saying ‘solve the Karabakh issue and I will come’. Now they saw that after ‘solving’ it, not only didn’t he come but on the contrary they lost Azerbaijan,” Keryan said.

As paradoxical as it may seem, he continued, today there are more favorable conditions for a fundamental discussion of the Artsakh issue than before the war. The only problem is that it would be very difficult to bring Azerbaijan to the negotiations table.

“Since the only item left on the negotiations table is the issue of Artsakh’s status, it seems to me that Azerbaijan will not sit down for talks under any condition. And if suddenly the Co-Chairs were to mention the item of restoring the NKAO [Nagorno Karabakh Autonomous Oblast] territorial integrity, which would make Hadrut and Shushi come under some kind of common administrative unit, this would mean a loss of influence for them. That is why Azerbaijan and Turkey won’t go to negotiations. They will talk, delay, like the negotiations process was protracted for 26 years,” the analyst said.

Professor Keryan ruled out Azerbaijan recognizing Artsakh’s status without getting under some serious sanctions. Moreover, he argues, there are “very interesting and effective sanctions” that would give results in a few days.

Whether or not Azerbaijan would agree to restart talks under the Minsk Group format depends on Turkey’s stance, because, as professor Keryan says, the Azerbaijan Republic isn’t an independent country for a long time now, it is rather a Turkish protectorate.

“If you want to know whether or not Azerbaijan will sit down for negotiations, you ought to change your question – will Turkey sit down for negotiations or not? And Turkey, as you know, doesn’t give a damn about anything. When needed, they even go against the Americans, and America is unable to do anything. That’s why I assume that they’d either delay the talks, or deceive, or simply opt out at all,” he said.

Moscow announced on September 2 that it is supporting the activation of the OSCE Minsk Group Co-chairs work over the Karabakh settlement based on the existing mandate. The new Russian co-chair of the Minsk Group then visited Baku and Yerevan for talks.