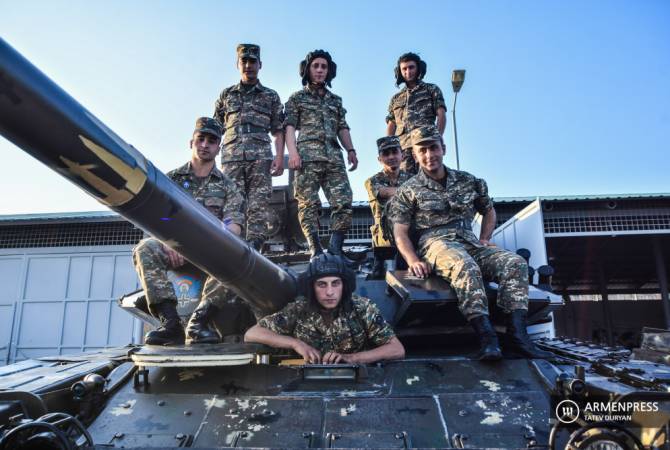 
YEREVAN, AUGUST 24, ARMENPRESS. The Armenian Armed Forces will gradually shift into a "professional army”, and the mandatory conscription and draft service structure will significantly change, Prime Minister Nikol Pashinyan said in parliament during debates of the government program.

“It is well known that given certain nuances of Armenia’s social-economic life we are involving into [voluntary] contract military service persons who have other occupations, who serve in the military for some time in a month and deal with their other job during the rest of it. But when we say a ‘professional’ army we mean that a soldier is a soldier for 24/7, 30, 31, 28 or 29 days a month, 12 months a year. And essentially, in the strategic prospect we don’t see border protection as a soldier’s job. Border protection must be reserved to border guards, while the soldier must be in his permanent deployment location, dealing with continuous combat readiness training,” he said.

The idea of border guards assuming border protection will be realized in the context of opening a peaceful era, and this process will happen gradually because the presence of border guards at the border is a symbol of peace. While the professional army, he said, will only be deployed in case of an attack on the nation. “In all other cases the army continues being stationed at the permanent deployment locations, in training facilities and bases.”

Speaking on changing the term of conscription, the PM said they intend to focus on increasing the readiness of the reserve.