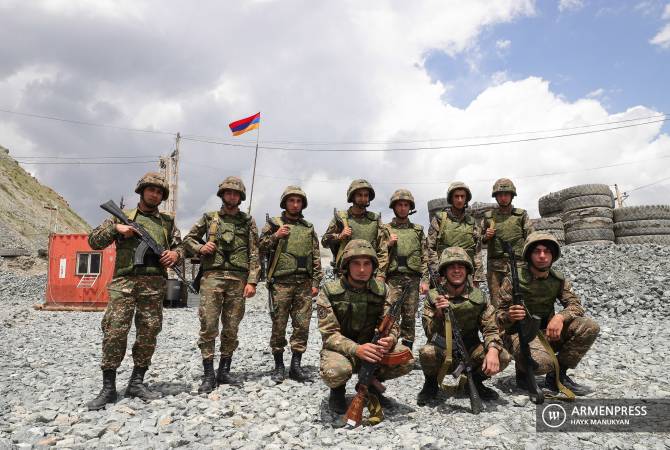 
YEREVAN, AUGUST 19, ARMENPRESS. The Armenian government plans in the strategic prospect to significantly change the conscription service structure and gradually shift the military to a “professional”, i.e. voluntary one.

Under its 2021-2026 action plan, the Armenian government intends to cut the conscription term at the expense of growth in contractual (voluntary) service as part of development and perfection of military service.

The reforms include a revision of the Armenian national security strategy, the development of a new military doctrine and a state protection plan, and the perfection of the tools and procedures of preparing the state for defense. With the purpose of increasing the effectiveness of management and command, a single automated command system will be introduced to ensure advanced and swift decision-making in line with modern military science. Highly-mobile military formations and units equipped with high firepower and capable of engaging in combat for extended period of time autonomously will be formed.

The government will continue modernizing and acquiring military equipment and armament. More targeted policy will be pursued with allies and partner countries in military and military-technical cooperation sectors. Special importance will be drawn on development of allied and collegial relations in this sector, particularly cooperation with the Russian Federation will be expanded, which will first of all be directed on increasing the military potential of joint forces (systems) and ensuring maximum partnership of the militaries of the two countries.

Improvements in preparations of mobilization mechanisms will continue, and the programs of active reserve and militia training will be implemented. The state border protection system will be perfected through both involved forces and new technical solutions.