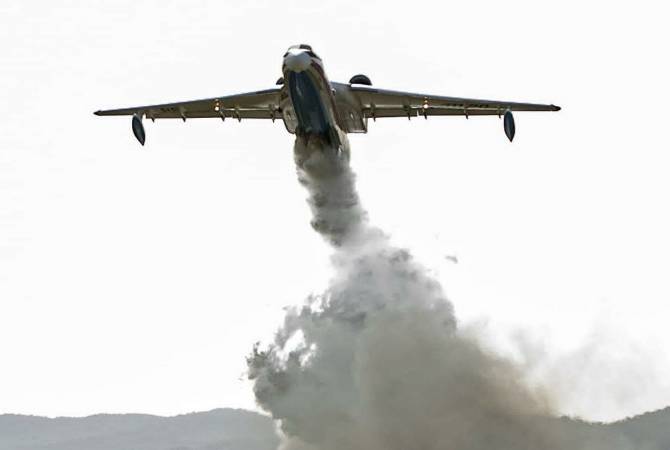 
YEREVAN, AUGUST 14, ARMENPRESS. The Be-200 plane crashed in Turkey had been sent by Russia for fighting forests fires, ARMENPRESS reports Ria Novosti informs, adding that all the crewmen of the airplane have died.

The Russian Defense Ministry informed that the plane crashed after participating in fire extinguishing works. There were 5 Russian servicemen and 3 representatives of Turkey, who showed the Russians the fireplaces.

The commission of the Russian Defense Ministry has departed for Turkey to investigate into the incident. According to preliminary information, the plane was unable to reach enough altitude after filling water tanks and crashed into rocks.