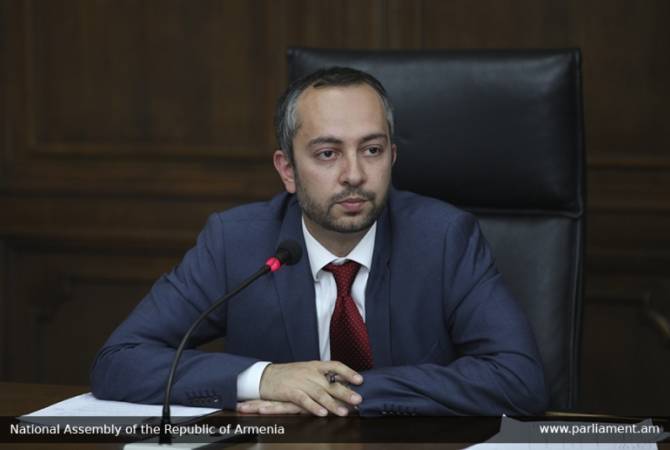 Eduard Aghajanyan thanked Civil Contract Party for nominating him as candidate for the Chairman of the National Assembly Committee on Foreign Relations.

‘’In post-war Armenia key issues related with regional stability and human rights still remain unsolved, which can only be solved as a result of reinforcement of the state resilience and effective cooperation with international partners.  Hence, national and state interest will be the core of the activities of the Committee, and it is this Committee that must eliminate the existing illusions over foreign policy and international relations, being guided by principles of ‘’ realpolitik’’, with the understanding that no one will save us and that no one has that obligation, and that we are the sole guarantee of our success’’, Aghajanyan said in his speech.