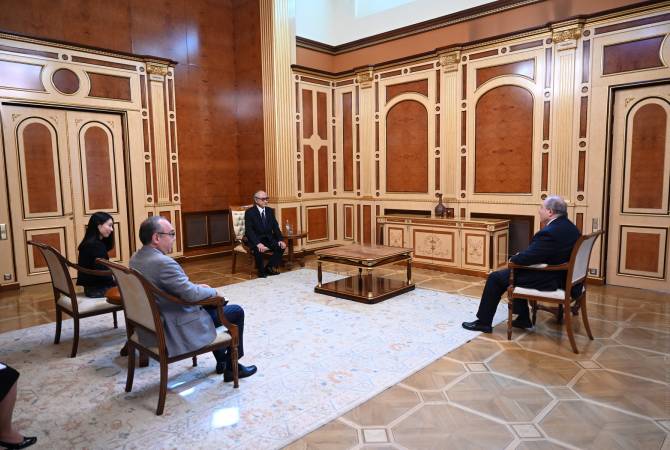 Ambassador Masanori expressed his gratitude for President Sarkissian’s recent visit to Japan and noted that the trip once again symbolizes the friendship between the two countries. The Japanese ambassador expressed certainty that the Armenian president’s visit will have big contribution in the further development of bilateral relations. In turn, the president thanked for the high level reception.

Speaking about the meetings and discussions he had in Japan, as well as prospects of cooperation, the president noted that there is great potential for mutually-beneficial cooperation especially in the energy sector, including in nuclear energy and nuclear safety, high technologies, education, science and culture.