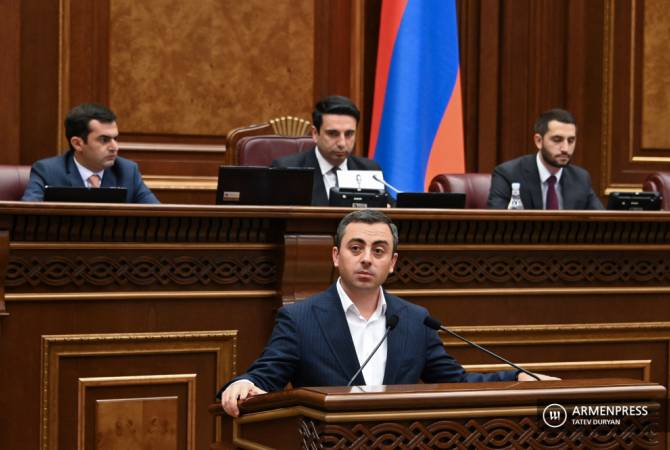 
YEREVAN, AUGUST 5, ARMENPRESS. Hayastan (Armenia) bloc’s candidate for the third position of Deputy Speaker of Parliament Ishkhan Saghatelyan did not pass the confirmation vote with only 1 ballot short.

104 MPs took part in the voting – 53 voted in favor while 50 voted against. 1 ballot was declared invalid. Saghatelyan needed 54 votes to be installed deputy speaker.

The Hayastan bloc again nominated Saghatelyan’s candidacy for the second round.

Hayastan faction leader Seyran Ohanyan said all present MPs from their bloc voted, but two of their MPs are arrested while another one is abroad.

The other opposition bloc, I Have The Honor, endorsed Saghatelyan for the position and had said it would vote in favor.

The ruling Civil Contract party had earlier said it would ensure that Saghatelyan gets the minimum required number of votes to be installed to the position. 1 out of three positions of deputy speaker is reserved for the opposition.