Tokyo – 2020. Coach of Armenian wrestling team upset by the partial judgment of the referees 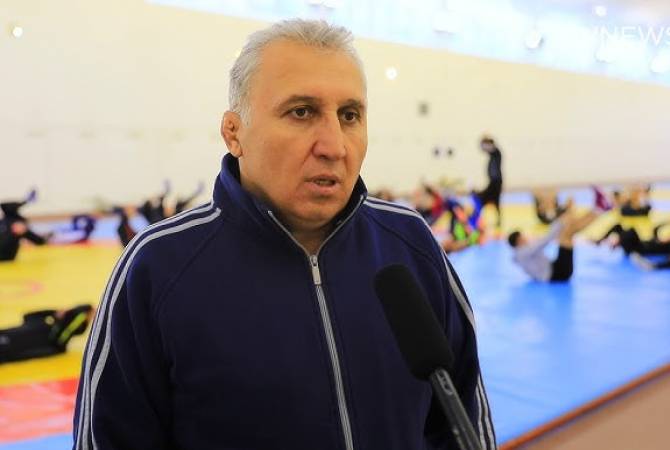 
YEREVAN, AUGUST 3, ARMENPRESS. The coach of the Armenian Greco-Roman wrestling team Gevorg Aleksanyan is dissatisfied with the work of the referees who judged the Armenian athletes' wrestling at the Olympic Games.

ARMENPRESS reports in an interview with Armenian reporters in Tokyo, Aleksanyan said, ''Three of the members of the Greco-Roman wrestling team were deprived of their medals or the colors were changed as a result of partial judgment of the referees. They demolished our team, but I will speak about that later. I am very upset''.

Arthur Aleksanyan did not hang the Olympic medal around his neck during the award ceremony of the 97 kg Greco-Roman wrestling winners of the Tokyo Olympics, and after, according to the Russian media, told the reporters that it's necessary to be Russian for winning.

Aleksanyan competed with the representative of Russia Musa Evloev for the title of the champion.