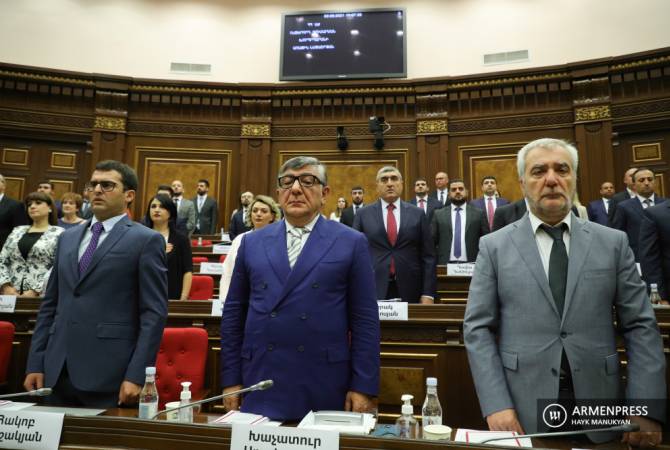 
YEREVAN, AUGUST 3, ARMENPRESS. The National Assembly of the Republic of Armenia observed a minute of silence in memory of the Yazidis killed by the ‘’Islamic State’’ terrorist group in Iraq in 2014.

ARMENPRESS reports Armenian MP of Yazidi origin Rustam Bakoyan said at the National Assembly, ‘’On August 3 Yazidis around the world pay tribute to tens of thousands of Yazidis massacred and brutally killed by the militants of terrorist organization ‘’Islamic State’’ in Iraq in 2014’’.

The parliament observed a minute of silence in memory of the innocent victims.

Recalling the innocent victims of the Armenian Genocide, he considered it necessary to once again highlight the necessity and imperative of the recognition and condemnation of the Genocide, which is aimed at preventing similar crimes in the future. "Therefore, if what happened in 1915 was properly assessed by the international community, what happened to the Yezidis in 2014 would not have happened, because the unrecognized genocide leads to another genocide’’, Bakoyan said.