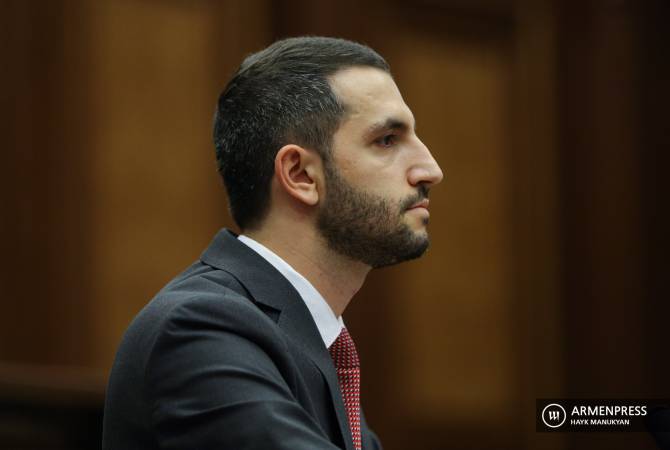 
YEREVAN, AUGUST 3, ARMENPRESS. Armenia is in discussions with Russia over the issue of deploying Russian border guards at the entire length of the Armenian-Azerbaijani border, Deputy Speaker of Parliament Ruben Rubinyan told reporters.

“The discussions continue, I can’t say any new thing at this time,” he said when asked by reporters about PM Nikol Pashinyan’s proposal to deploy the troops.

Rubinyan said that Pashinyan’s proposal is within the context of an earlier speech he gave at the Security Council meeting. “Our stance is very clear, the Armenian borders are violated due to the invasion of Azerbaijani military formations since May 12, which is inadmissible. The prime minister stated the proposal during the Security Council meeting months ago on deescalating the situation, regarding the mirror withdrawal of troops from both sides, and only then it will be possible to speak about delimitation and demarcation. In his latest statement Prime Minister Nikol Pashinyan added a proposal that it is possible to consider the presence of Russian border guards or international observers at the Armenian-Azerbaijani border, again with the mirror withdrawal from the border from both sides,” Rubinyan said.

He said that Armenia appreciates the support of international partners, including France. “But our actions are connected with various situations. The way we conduct our foreign policy is that we are not planning to build relations with any country at the expense of another,” he said.

Asked whether or not Armenia will appeal to the UN Security Council, he reminded that decisions are passed with consensus in that body. “This implies that any country which wants to apply should ensure the relevant atmosphere, otherwise it makes no sense. Besides, there is an issue of political and foreign political appropriateness and expediency.”