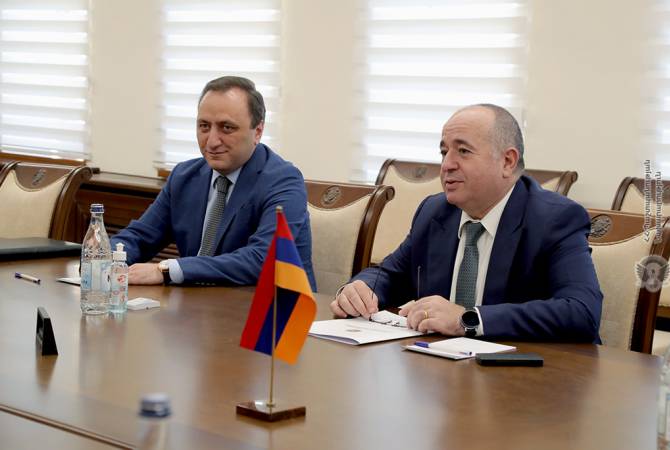 
YEREVAN, AUGUST 3, ARMENPRESS. Minister of Defense Arshak Karapetyan held a meeting with Russian Ambassador Sergey Kopirkin on August 3 on the occasion of the appointment of a new defense affairs attaché at the Russian embassy.

Karapetyan congratulated Colonel Igor Shcherbakov on his appointment and thanked the outgoing attaché Colonel Andrey Grishchuk for his active and effective work aimed at strengthening the military and military-technical cooperation between Armenia and Russia.

“A broad circle of bilateral military and military-political cooperation was discussed at the meeting, including current issues of mutual interest, views were exchanged around regional security,” the defense ministry said.

The process of the Armenia-Russia allied partnership and political dialogue, as well as effective cooperation in the defense sector was praised.