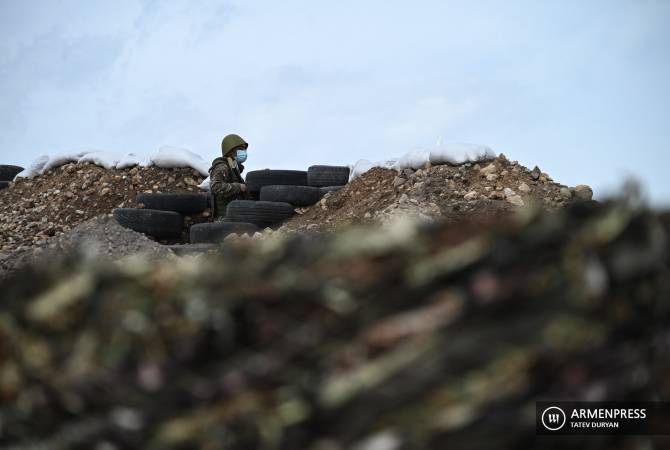 
YEREVAN, AUGUST 2, ARMENPRESS. The Azerbaijani Armed Forces violated the ceasefire regime on the Armenian-Azerbaijani border in Yeraskh direction on August 2, from 11:20 to 12:00, and from 14:30 in the direction of the village of Kut, firing from different caliber firearms at the Armenian positions.

As ARMENPRESS was informed from thepress service of the MoD Armenia, after the counter-actions of the Armenian Armed Forces, the adversary was silenced. There are no casualties from the Armenian side.