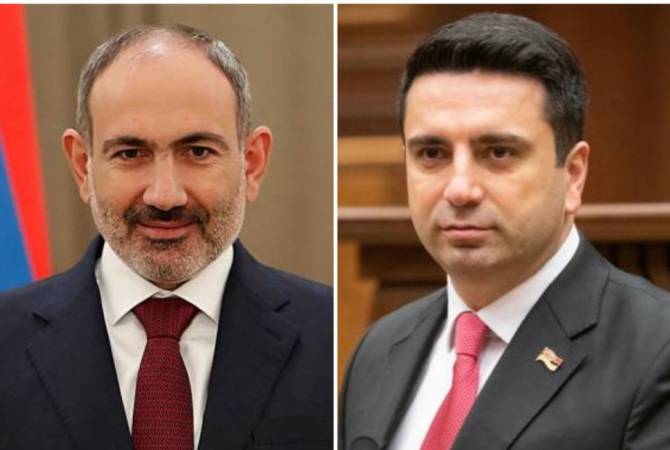 
YEREVAN, AUGUST 2, ARMENPRESS. Prime Minister of Armenia Nikol Pashinyan sent a congratulatory message to Alen Simonyan on the occasion of being elected President of the National Assembly. As ARMENPRESS was informed from the Office of the Prime Minister, the message runs as follows,

‘’Dear Mr. Simonyan, I congratulate you on being elected President of the National Assembly of Armenia.

You assume the post of the parliament Speaker in a very important period for our country and the region, when we all pass through a historical challenge.

On this way it’s important that the parliament and parliamentary debates be a tool for consolidation, and not splitting, and that the adopted laws and decisions be in line with the challanges facing our nation and state and aspirations.

At the core of them should be the agenda of strengthening our state and its institutions. This should be the guideline of all of us, including the National Assembly.

I wish you success and productive work in the highly responsible position of the President of the National Assembly. "